The difference between Japanese Sansho peppercorn and Sichuan peppercorn

Sansho Peppercorn is used in different dishes to enhance the taste and give your taste buds a new hit. There are many varieties of peppercorn out there. This huge choice can make it difficult for users to pick the right one.

In this article, we’ll have a look at the two most common peppercorns: Japanese sansho peppercorn and Sichuan peppercorn.

Let’s have a look. 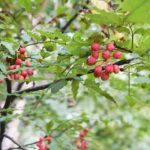 It is said to be a close closely relative of Sichuan peppercorn but offers a more pronounced taste as it has stronger citrus flavors. They clearly differ in terms of taste but that’s not the only difference between the two as they also look visually different.

Japanese sansho peppercorn is more green in appearance. Plus, the flavors are easier to identify. When you taste it, the first thing you will notice is the strong citrus flavor.

The most detectable of all flavors are grapefruit and yuzu. They are strong but that’s not all that this delicious spice has to offer. You will also get a hint of coolness that will stimulate your salivary glands and taste buds.

Sansho is one of Japanese seven spices and was earlier used in local cuisines as a condiment for grilled eel (unagi). However, it is now used all around the world as the world has realized how important it is to improve tastes.

Our Sansho products are available in different sizes and are made from high-quality peppercorn. It can be used to flavor grilled chicken and seafood but you can use it in other foods as well to enhance the taste.

The spice comes from the same plant as kinome, the popular herb.

Sansho powder is popular and is made by grinding the seeds after removing the inside. It’s not only known to add flavor but is also popular for its inviting scent. 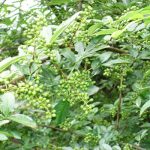 Sichuan pepper is to China what sansho pepper is to Japan. It’s derived from two species of Zanthoxylum, including Z. bungeanum and Z. simulans.

The powder is one of the ingredients for the five Chinese spice powder. However, the husk is also used in some dishes.

While it’s also known for its tingly and citrusy flavor, it’s not as strong as the Japanese sansho.

Another main difference between the two is the use as this spice is not only used in grilled foods but also in chow mein, momo, chicken chili, thukpa, soups, and other dishes including pickles.

It’s known to be less hot but highly aromatic. Plus, it is not as green as its Japanese cousin. Check our lineup of Sichuan pepper products today to pick one. They are of high quality made from authentic Szechuan pepper.

Two options are not interchangeable. Yes, they are both similar but they’re not the same.

The type of peppercorn used can make a lot of difference to the final product. So make sure to choose one according to your taste and requirements.