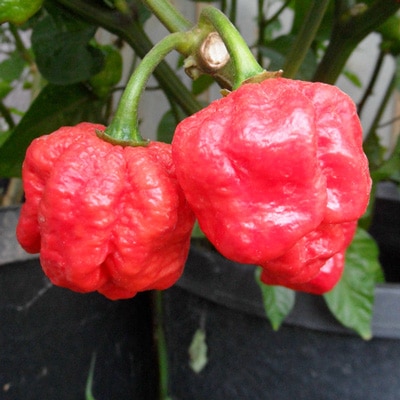 When you first take a bite from the Moruga Scorpion pepper, the pepper doesn’t seem so hot, but the heat builds and builds until it is miserably hot. Aside from the heat though, the Trinidad pepper has a soft, fruit-like flavor. It has a unique sweet-hot flavor combination.

The Trinidad is native to Trinidad and Tobago in the district of Moruga. In 2012, the Trinidad was labeled as the hottest chili pepper in the world by the Chili Pepper Institute at New Mexico State University. They gave it a ranking of 1.2 million SHUs. Some individual plants ranked as high as 2 million Scoville heat units. However, it was never certified by the Guinness Book of World Records as the hottest pepper. 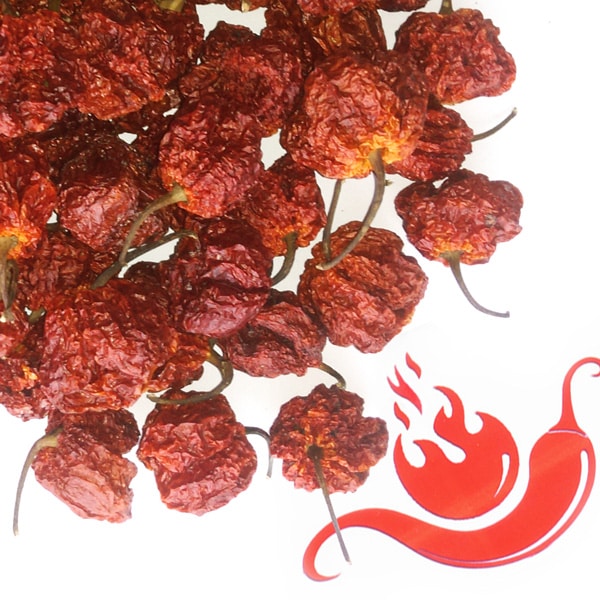 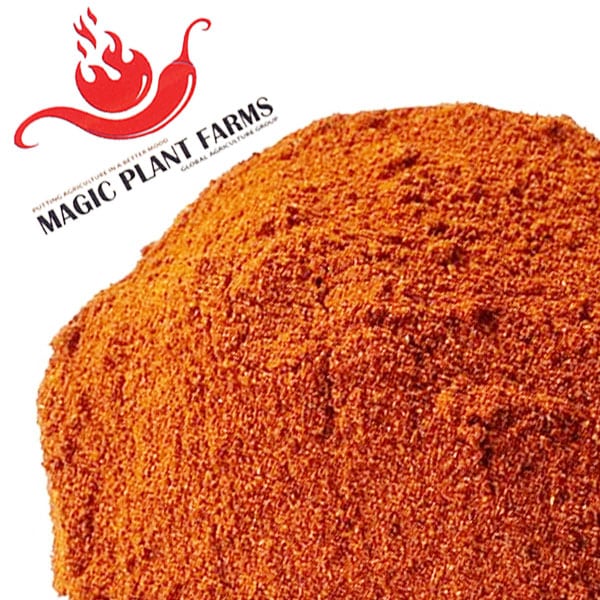 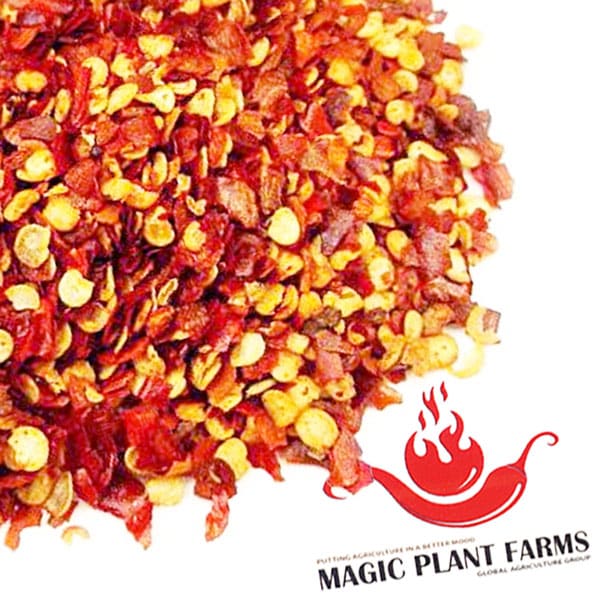 The Trinidad Moruga Scorpion pepper is considered to be one of the hottest peppers in the world. These small hot peppers have a high range of heat that will sneak up on you. It earns its name due to its origins and silhouette, which is shaped like a scorpion’s tail at the tip.

Trinidad Moruga Scorpion peppers, as the name suggests, have their origins in Trinidad and Tobago, an island nation in the Caribbean, near the northeastern coast of Venezuela. There is a beautiful village on the southern tip of this Trinidad called Moruga. It is here that the very first Moruga Trinidad Scorpion chili peppers were cultivated.

During the 1990s, the University of West Indies studied the Trinidad Scorpion pepper, and eventually, the pepper found its way to New Mexico and the State University’s Chili Pepper Institute. In 2012, the Scorpion pepper beat out the Ghost Pepper and was officially named the hottest pepper with the most extreme heat in the world. Since then, the Carolina Reaper has dethroned it as the hottest pepper in the world, according to the Guinness Book of World Records, but most consider the Trinidad Moruga Scorpion number 2.

Variations and Types of the Scorpion Pepper

How Hot Is the Moruga Scorpion Pepper?

The heat level is high with the Moruga Scorpion pepper, ranging between 1,550,000 to 2,009,000 Scoville Heat Units (SHUs) on the Scoville scale. But the burn isn’t immediate with the Moruga Scorpion. You taste the fruity flavor with a sweetness at the beginning, then it quickly escalates into a burning sensation in the throat that can make even speaking difficult. You might feel the burn even in your ears, stomach, and your skin!

How to Cook with Trinidad Scorpion Peppers

There are many delicious spicy dishes you can make using the Trinidad Scorpion peppers. Some common recipes include Scorpion street tacos, Scorpion mac & cheese, and double chocolate scorpion cookies. You can also make a delicious Moruga jam using chocolate or blueberry.

How to dry the peppers

The Trinidad Scorpion peppers are easy to dry and can be transformed into spicy chili powders. When drying any kind of pepper, whether it be Scorpion peppers, ghost peppers, or serrano peppers, it is better to use a food dehydrator. Just wash and dry the peppers, then slice them in half lengthwise. Make sure to wear latex gloves when doing this. Lay them over the dehydrator sheet, and allow them to dry for a minimum of 8 hours at a temperature of 130 degrees Fahrenheit. Once they are brittle and dry, they can be ground into powders.

Magic Plant Farms is a pioneer when it comes to exclusive pepper products, such as the Moruga Scorpion. You will find an assortment of mashes and pastes of the Trinidad Scorpion pepper, as well as flakes, whole pods, and powders. From the sourcing, processing, packaging, and delivery of our pepper and Capsicum chinense products, we aspire to maintain the highest quality control standards throughout the supply chain. Place your order online today!