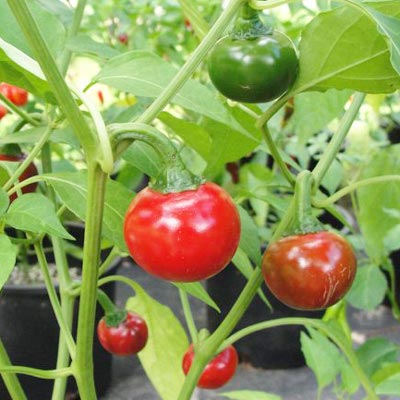 The Cascabel pepper is round, smooth and plump that turns from green to red as it ripens. When it is dried, it will turn a very deep reddish-brown color. They are about 1.5 inches in diameter at maturity. These peppers are known by the same name whether they are dried or fresh but they are sometimes confused with another pepper called the Catarina chili. Both of these peppers rattle once it has been dried. They are not real hot, but do have some heat when eaten.

The Cascabel pepper is primarily used throughout Mexico and is also known as the rattle chili because of the rattling sound the seeds make inside when the pepper is dried.

Uses of the Cascabel Pepper: The cascabel is often roasted in a skillet before adding to dishes. They may also be dried, ground and then rehydrated to use for sauces or pastes. They can be used with other types of Mexican chili peppers to add a complex flavor to dishes. If they are being rehydrated they should not soak in water for more than 20 minutes or they can become very bitter.

Cascabel peppers that have been roasted have a nutty flavor that makes them pair well with tomatillos and tomatoes in a wide variety of dishes such as soups, steps, casseroles and tamales. They are mild when it comes to the Scoville Heat Scale but flavorful. It can be ground, simmered or toasted. 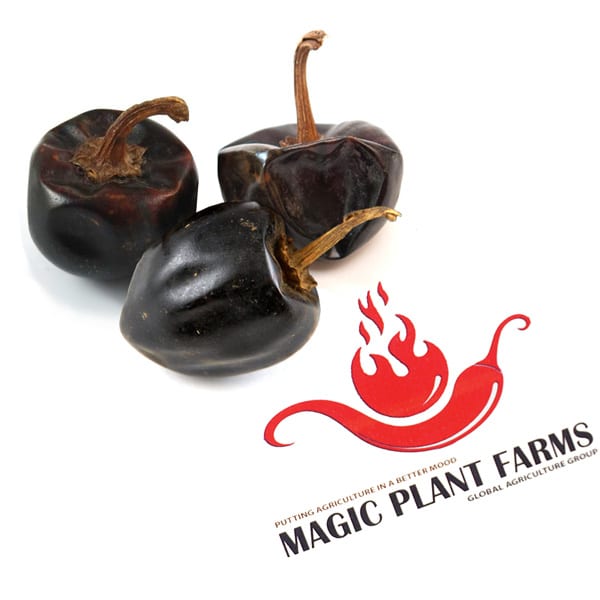