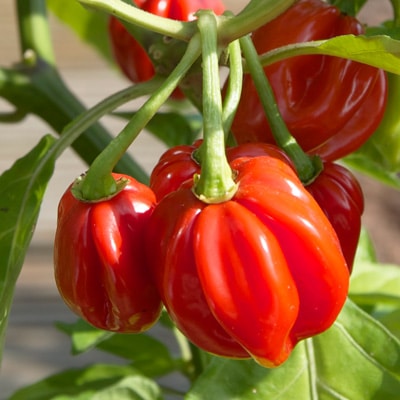 Scotch Bonnet pepper is a cultivar of the habanero and is among the hottest peppers in the world. Its name derives from its resemblance to the Scottish Tam o’ Shanter hat, though it appears primarily in the Carribean, aGuyana, and the Maldives. It is a favorite ingredient in Jamaica. Other names for these chili peppers include Bahamian, Bahama Mama, Jamaican Hot, or Martinique Pepper, as well as Booney peppers, Bonney peppers, Boabs Bonnet, Scotty Bons, and Goat peppers.

The Scotch bonnet pepper is red or yellow at maturity. It is used with Jerk dishes including pork and chicken. Its distinctive flavor is also added to other dishes in Grenadian, Trinidadian, Jamaican, Barbadian, Guyanese, Surinamese, Haitian, Dominican, and Caymanian cuisine. 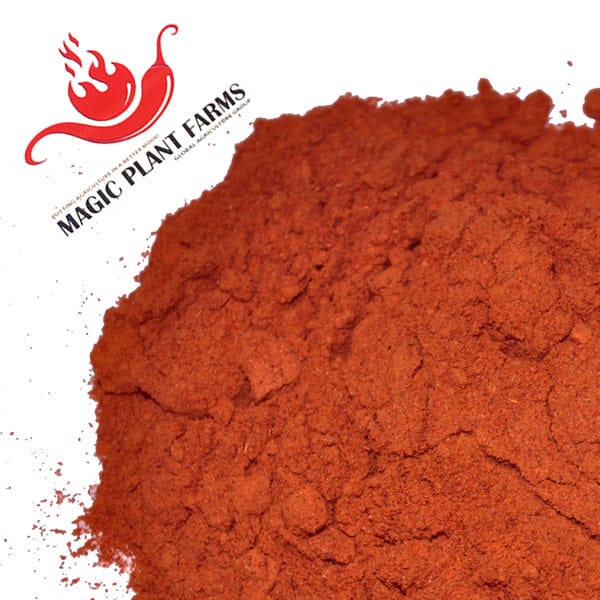 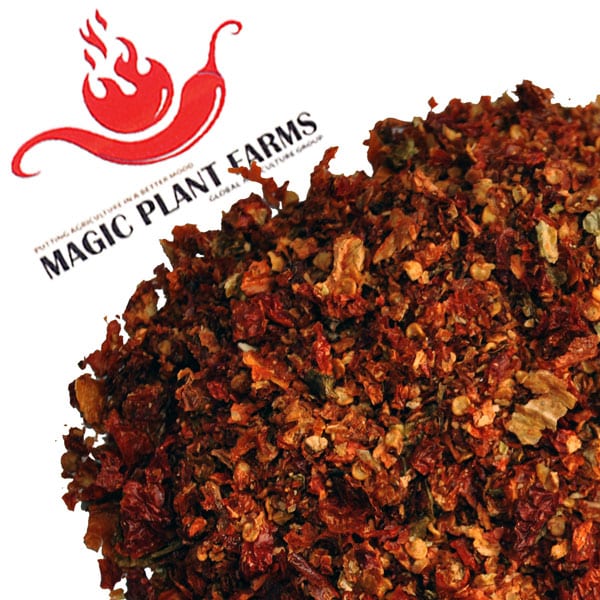