What Are The Hottest Peppers in The World?

What Are The Hottest Peppers in The World?

Believe it or not, the hottest peppers in the world keep changing. New peppers are created, old peppers become hotter, and people keep coming up with different spice combinations. If you love to cook, like trying new things, and want to add some spice to your life, look no further than this list of the hottest peppers in the world from Magic Plant Farms.

The Carolina Reaper is once again in the top spot as one of the hottest peppers out there. Moreover, it is 200 times hotter than a jalapeno pepper.

In fact, the last time the Carolina Reaper was the hottest in the world was in 2013. The Guinness Book of World Records tested and confirmed the pepper at 1.5 million SHU. 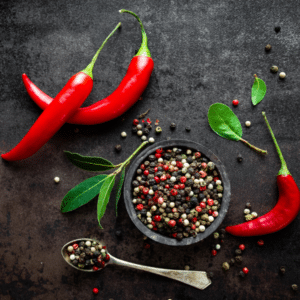 The Trinidad Moruga Scorpion is a fairly new pepper as it was just recently discovered. It comes in at 2,009,231 SHU on the spice scale. This pepper doesn’t have quite the bite that the Carolina Reaper does, but the heat continues to build after your first bite. This pepper is found on the islands of Trinidad and Tobago in the Moruga area.

Coming in at number four on the list of the hottest peppers in the world is the 7 Pot Primo (1,469,000 SHU). This pepper resembles the Carolina Reaper in looks and is close to being just as hot. In fact, many people have tried to replicate this pepper by making their own, but it is just impossible.

The Trinidad Scorpion “Butch T” hits the list at 1,463,700 SHU and previously held the record for the hottest pepper in the world in 2011. The pepper’s name comes from its creator, Butch Taylor, and for the scorpion tail at the top.

The Naga Viper hits the list at number six with 1,349,000 SHU. The cultivation of this pepper takes place in the United Kingdom and is incredibly rare. The Naga Viper is a hybrid of multiple peppers and has gone through years of cross-pollination.

The Ghost Pepper (Bhut Jolokia) is number seven on this list from Magic Plant Farms. Moreover, with a SHU of 1,041,427, the Ghost Pepper (Bhut Jolokia) exploded in popularity due to a challenge going around YouTube where people would eat these peppers whole and record themselves doing so. This pepper hasn’t been at the top of the list since the 2000s.

If you are looking for the spiciest peppers in the world, look no further than Magic Plant Farms. We can ship the peppers of your choice to your home anywhere in the United States. Call us today at 1-877-801-9733 to place an order or ask a question.

The hottest peppers in the world can add a lot of spice to your life.