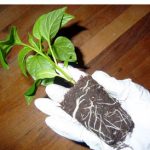 The Carolina Reaper is officially the world’s hottest pepper and the record stands in the Guinness Book of World Records, for now. Its average ranking on the Scoville Heat Unit scale is 1,569,383 SHUs, but that’s just the average. Some rate it as high as 2,200,000 SHUs! This keeps it in the reigning position when it comes to hot chili peppers. It’s easy to say it is the king of the chilis.

History of the Carolina Reaper

Ed Currie developed the Reaper trying to create an extremely hot pepper. The chili is a combination created by crossing a Red Habanero with a Pakistani Naga. 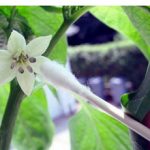 Even though it packs on the heat similar to the 7 Pot chili pepper, the Carolina Reaper also displays a nice fruity flavor. The plant grows to be nearly 4 feet in height. Plant the reapers using sprouted seedlings or plant the seeds directly into the soil. The method chosen depends on the grower’s gardening preference. However, the plants do best in soil that is neither too dry nor too wet. Pepper plants need watering every day or two. Plant the seeds or sprouts directly in the soil outdoors after the temperature reaches and stays at or above 60 degrees Fahrenheit. If you prefer growing them indoors, then plant them in pots.

Uses of the Carolina Reaper Chili 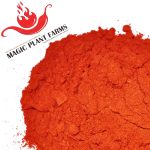 To get the full range of use from the Carolina Reaper chili pepper you can smoke it, dry it or crush it into powder. Then, use it to spice up your favorite recipes. Also, use them to add spice and flavor to lots of different dishes. These peppers are common ingredients in different types of pepper sauces, salsas and mashes. Also, Carolina Reapers are a favorite for use in pepper eating contests. People compete to see how many they can eat at one time. The record was at 3 when Jason McNabb put away three Carolina Reapers in a record 10.95 seconds back in 2014. However, his record became history earlier this year when Wayne Algenio ate 22 Carolina Reapers in 60 seconds flat. 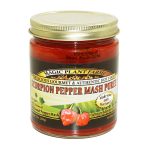 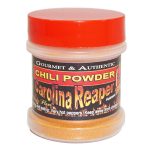 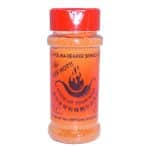