What You Need to Know About the Ghost Chili Pepper

What You Need to Know About the Ghost Chili Pepper 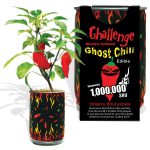 Facts about the Ghost Chili Pepper

A common name for the ghost chili pepper is “Bhut Jolokia.” This literally means “ghost chili.” This name is appropriate because the pepper is so hot it can “vaporize” the person consuming it. South of the Brahmaputra River in Nagaland, it is the “Naga Jolokia.” This name comes from fierce Naga warriors who previously inhabited Nagaland. In Assamese, “Jolokia” is the word for capsicum pepper.

Commercial Cultivation of the Ghost Chili

Historically, the ghost chili was cultivated in India in the Assam region. And also in the Sylhet region of Bangladesh. Presently, it is grown for commercial purposes in the Nagaland, Assam and Manipur areas of India. Assam is the wealthiest state in this region. But still, about one-third of its population lives below poverty level. Chili pepper cultivation may bring the region great commercial benefit. Formerly, the area was known for commercial tea production. However, the price of tea declined. At the same time, the cost of production increased. The region took a financial hit. Cultivating peppers may bring some relief. The rural areas of Sri Lanka are also areas of ghost pepper cultivation. In those regions, it’s a “cobra chili.” In 2014, the Magic Plant Company grew commercial crops in both Peru and Africa.

How hot is the ghost pepper?

In 2007, the Guinness Book of World Records recognized the ghost pepper as the hottest chili in the world. It held that position until 2011. That’s when the Trinidad Scorpion Butch T took its place. According to Scoville Heat Units (SHU), it’s over 400 times hotter than Tabasco sauce. Tabasco has a large reputation for heat. There is some debate in the community of pepper growers as to the actual SHU rating. Some growers claim they have grown hotter ghost peppers than what is on record. So, testing continues by some of the top scientists. For now, three peppers have average SHU ratings higher than the ghost pepper. These include the Dorset Naga, Infinity chili, and Naga Viper. As far as what is available commercially, the ghost pepper is still deemed the hottest. 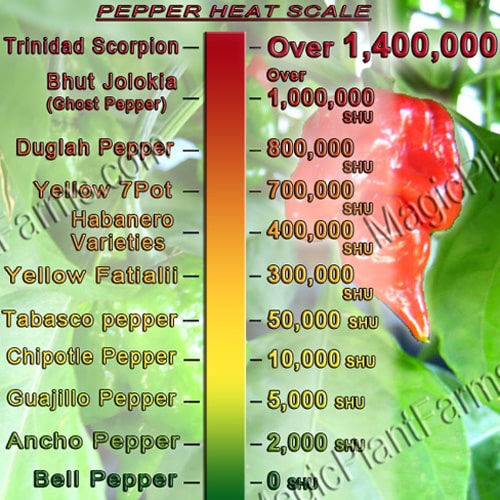 In 2000, the Defence Research Laboratory (DRL) in India reported the ghost chili ‘s heat rating as 855,000 SHUs. But in 2004, the HPLC (High Performance Liquid Chromatography) analysis rated it at 1,041,427 heat units. In comparison, Tabasco pepper sauce sits between 2500 and 5000 on the heat scale. Pure capsaicin, which is the substance in peppers that produces heat, rates between 15,000,000 and 16,000,000 SHUs. The New Mexico State University Chili Pepper Institute  put the ghost peppers grown in the region at 1,001,304 SHU using the HPLC mode of analysis.

Ghost pepper plants are perennial and take between 120 and 150 days to reach full maturity. The plant lives for about seven years all the time producing new fruit. Its first two years of fruit production are its best. Over the next few years, cultivating and caring for the plant will help it continue to produce fruit. However, it will never be quite as abundant as the first two years. Pruning will encourage the plant to produce new growth. This will ensure the hot, tasty peppers continue to produce. The peppers grow to between 2.4 and 3.3 inches in length and to about an inch in width. Ghost chilis come in a variety of colors including brown, orange, yellow or red.

Uses for the Ghost Pepper 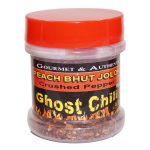 The ghost chili pepper adds a punch of flavor and heat to any dish. Many cuisines include them as a flavorful addition. Cooks use the peppers fresh or dry them to preserve them. Pepper lovers often use them to make their own pepper mash. The pepper has uses other than just adding flavor. In some areas of India and Bangladesh hot peppers are used to keep elephants at bay. They smear the mash on structures like fences. The scent repels the elephants and they avoid the area. Assam has about 5000 wild elephants. The peppers are a humane way of keeping the elephants away from both agricultural areas and human habitats. 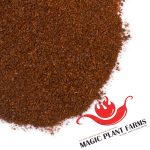 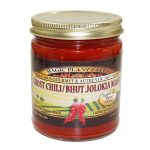 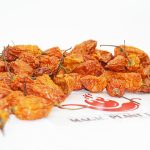