The Science that Makes Capsaicin Hot

The Science that Makes Capsaicin Hot

From ancient civilizations to the modern world, cuisines have included hot peppers. Many cultures consider chili peppers to be a part of their heritage and identity. But there is more to the pepper than what meets the eye. There is some science behind the hot pepper’s spiciness. A chemical substance called capsaicin is what makes a chili pepper hot. Let’s take a deeper look at capsaicin, what it is, and why it’s in the peppers we enjoy.

Capsaicin – What is it?

Hot peppers contain the compound capsaicin. It’s in many favorite chili peppers like Scorpion peppers, Jalapeno peppers, and Habanero chili peppers. These are all “hot” peppers but they have different amounts of the compound which influences how “hot” they actually are. The more capsaicin a pepper contains, the hotter it is.

The first person to extract capsaicin from pepper was Christian Fridrich in 1816. However, John Clough officially named it in 1876. Thresh who was pursuing more work on the substance. Later, in 1898, Karl Micko was able to isolate the pure crystalline from the compound. But it was many years later in 1997 when David Julius was to discover and clone the cellular receptor. This is when scientists began to understand how it really worked.

Many different industries use capsaicin. Of course, the food industry and cooks around the globe use it to spice up foods. The pharmaceutical industry, the military, and many other industries also use it. It has turned out to be versatile and new uses are constantly being developed.

Where Do You Find Capsaicin?

You will likely not be too surprised that capsaicin is found in the fruit of capsicums. Still, puzzled? Capsicum is the genus of plants we refer to as “peppers.”

Capsicum comes from a Greek word, kapto which literally means “to gulp.”
Its molding came later on with a Latin term, capsa, which means “case.”

This term refers to the fact that pepper is a case for seeds, or that it holds seeds. Of course, these seeds are in a wide variety of “packages” from the sweet bell pepper to the hottest of all, the Carolina Reaper. Not all peppers contain capsaicin, which is what makes peppers spicy hot. The sweet bell pepper is an example of pepper with little to no capsaicin content.

Capsaicin resides in the placenta of the pepper. That’s the white pith you notice the seeds are attached to. The pith is also referred to as ribs or veins of a pepper. Capsaicin is sometimes found in fleshy parts of pepper, but not as much as in the pith. Many think the seeds produce capsaicin, but they do not.

How Do You Determine Capsaicin Concentrations?

A pharmacist named Wilbur Scoville developed the Scoville Scale for measuring the pungency of peppers in 1912. Peppers have various levels of heat based on how much capsaicin they produce. The Scoville Heat Unit scale (SHU) measures each type of pepper’s piquancy or degree of heat. For example, the Bell and Poblano peppers are at the bottom of the SHU scale because they do not contain much if any, capsaicin. They are not hot at all. The Bell pepper contains zero capsaicin and the paprika only has 100-500 SHUs. These are milder peppers.

But at the top of the SHU scale is the Carolina Reaper which has around 1,500,000 SHUs. That’s hot! It’s officially the hottest pepper in the world. But make no mistake, there are numerous peppers between the mildest and the hottest chili peppers with varying amounts of capsaicin and heat.

How do you know how hot a pepper is?

To determine a pepper’s SHU, the capsaicinoid components are extracted by placing the pepper in alcohol. The pepper dissolves and the capsaicinoid components remain. A solution of sugar water was then used to dilute the components. In its early days, capsaicin was tested using humans who would taste the dilutions. The components would be diluted more and more until they could no longer be detected by human tasters. Today, high-performance liquid chromatography (HPLC) tests peppers’ piquancy or heat levels. This is more accurate since it alleviates possible deviations caused by sensory fatigue or a person’s natural resistance to capsaicin’s heat.

Why Do Chili Peppers Have Capsaicin?

For plants, capsaicin is a protective defense mechanism that is key to their survival. Capsaicin doesn’t affect all animals, species, or fungi the same. It does not affect birds. This is beneficial for nature. Since birds do not experience the burning pain capsaicin can cause, they can distribute seeds. It appears capsaicin repels predators but doesn’t affect species that carry seeds to help create more pepper plants. Even before the pepper plant became domesticated between six and eight thousand years ago, birds had distributed seeds so that chili pepper plants had begun to spring up in locations far and wide. Birds often swallow chili peppers whole which aids in protecting the seeds keeping them intact. This allows them to germinate once they are “dropped” in a new location.

Capsaicin is a well-known pest repellent. Once the plant begins to grow, it must survive a number of hardships including extreme weather conditions, natural predators, and getting adequate nutrition to remain healthy. It helps to erase one of the hardships plants often face. It naturally repels insects and fungi. This makes it more likely the fruit will develop and mature.

Why Some Peppers Are Hot and Others Are Not

Creating loads of capsaicin requires a lot of energy from the plant. This is why on the same plant you may find peppers that are extremely hot and others that are not. For some plants, it makes more sense to produce lots of fruit without as much capsaicin, but with more seeds to generate more plants. And of course, this means more hot peppers to eat! 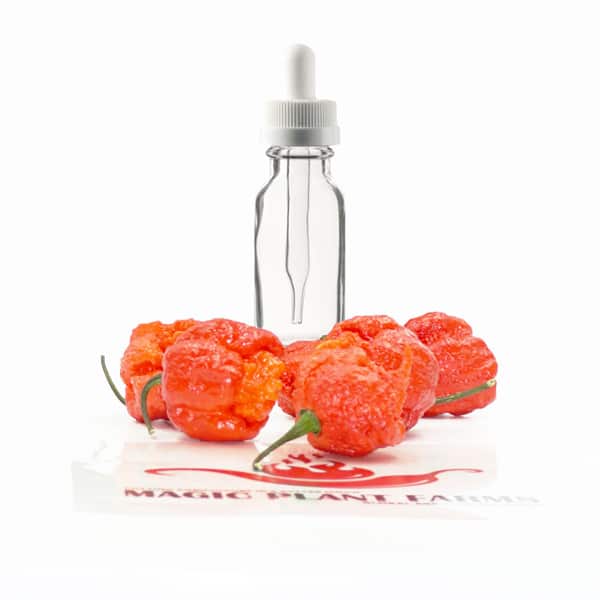 Check Out Some of Our Dried Chili Peppers 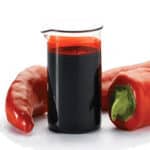