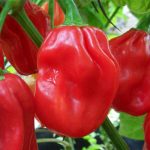 All About the Habanero Pepper

The Habanero pepper was feared for many years because of its intense heat. It is one of the hottest peppers. The chili ranks between 100,000 and 350,000 in SHUs. The outer wall of the habanero is relatively thin. The pepper is hot.  It also has a nice fruit-like flavor and distinguishing flowery aroma. Even though it is hot, it is readily available and remains one of the most popular of the hot chili peppers. The ripe pepper turns red, orange and yellow.

History and Origin of the Habanero

The habanero is a native of the Yucatan Peninsula region. However, during pre-Columbian times,  travelers transported it to both the Caribbean and Cuba. It fit well with the spices of the Caribbean, but Cuban cuisine is not known for hot spices. It’s not even grown in the region. However, its name comes from Havana, Cuba. The species, Capsicum Chinese received its name from the botanist who discovered it. He found it first in China thinking it was native to the region. But explorers brought the popular pepper to China from Portugal and Spain. It eventually became part of the Chinese cuisine and remained popular.

For a long time, the habanero reigned as the hottest pepper.  Many people feared its heat and would not eat it. Eventually, other peppers like the Scotch Bonnet replaced it. India’s bhut jolokia pepper, the Scorpion Butch T, and Trinidad Moruga Scorpion each had their turn. Presently, the Carolina Reaper reigns as the hottest chili pepper ever.

Favorite Uses of the Habanero

You rarely find dried habanero peppers. This is because its outer walls are thin. However, they can be dried. Most purchase habaneros fresh and store them in the fridge. Fresh peppers can be safely stored for 5 days this way.  The most popular use for this hot chili is to make hot chili sauces. 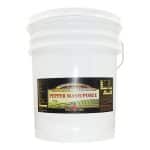 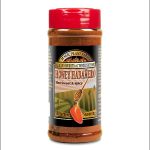 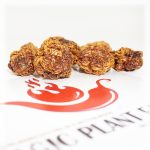 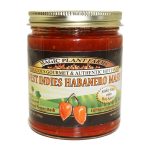